In the lead-up to the 2010 Federal Election, the Australian Labor Party committed itself to establishing, for the first time, a National Food Policy for Australia. The process was to be guided by a federal advisory panel on national food policy, which was established by the government following the 2010 election. Based on media reports of discussions between government ministers and the CEOs of major agri-food corporations, members of the fair food movement in Australia could see that the process for developing a national food policy would be dominated by those same big agri-business and retailing interests.

A small group of people from different community food organisations came together in August 2010 to draft a letter to politicians of all parties, welcoming the initiative for a national food policy, but insisting that it be a transparent, inclusive and participatory process, given how vital food and agriculture is to every Australian. This letter was sent out to community members for endorsement, and, as described by AFSA committee member Russ Grayson (see link below), resulted in a surprise deluge of endorsements from individuals, businesses, farmers, community food organisations and academics. The letter was sent in advance of the 2010 election.

Later, a website was developed and AFSA spent the next few months developing its Manifesto, which gave a pre-eminent role to localised food systems. The Manifesto was launched on 10 December 2010, Human Rights Day and Terra Madre Day.

During 2011, AFSA continued to closely monitor the development of the proposed National Food Plan. We, like many other members of the fair food movement across Australia, were concerned by the release of the Issues Paper, which came out for consultation in June 2011. Our response to that Issues Paper, delivered in September 2011, challenged the core ‘business as usual’ assumptions on which the paper was based, as well as strongly contesting the very limited nature of the ‘consultation’ process that the government was following.

Subsequently, in October 2011, we made a call to be included in the Federal Advisory Council for the National Food Plan, dominated by big corporate interests. This call was endorsed by 28 organisations across Australian representing 500,000 people.

At the same time, conscious that the campaign we had embarked on for a fair, democratic, sustainable and resilient food system was going to be a long one, we commenced the process of incorporating the Australian Food Sovereignty Alliance as a not-for-profit association. In March 2012 we were incorporated in the ACT under the Associations Incorporations Act 1991 (ACT), with a provisional nine-member management committee.

The Federal government’s National Food Plan Green Paper was released in July 2012 and as feared, had a heavy bias towards big-agri-business and agro-industry interests. Our commentary, released a few days after the green paper came out, described it as a ‘plan for corporate agri-business’; it was read over 5,000 times by mid 2013, was widely shared on social media and republished in several other forums, and played an important role in shaping the subsequent reception of the green paper. A further period of public ‘consultation’ ensued, however the general consensus amongst food advocacy groups was that the government was not responsive to community and other stakeholder concerns, and was determined to press ahead with ‘its food plan for industry’. We, together with many other members of the fair food movement, made our views known in a brief submission.

Due both to the unsatisfactory content of the draft National Food Plan, and the limited and perfunctory nature of the ‘consultation’, AFSA resolved to develop an alternative process to establish a People’s Food Plan that reflects the concerns and aspirations of consumers, farmers, community organisations, food businesses and advocacy groups. Unlike the government’s process, the People’s Food Plan process was genuinely open, inclusive and democratic. We wanted the hard questions to be asked, because we know the scale of the challenges we face and the urgency of the work of transforming our very dysfunctional food system. In embarking on this process AFSA drew inspiration from a similar process – the Canadian People’s Food Policy Project – undertaken in Canada during 2009-2011.

The National Food Plan White Paper was released in May 2013 and AFSA has continued working hard to ensure that the growing chorus of passionate voices from across the Australian food sovereignty movement are heard, no matter how hard government and vested interest may try to shut us out.

The formation of AFSA over 2010 to 2012 was one development amongst several concurrent sustainable food systems initiatives and advocacy, but it uniquely brought the language and political framework of food sovereignty to Australia. The 2013 Eco City Food Forum in Melbourne is arguably where what had been a loose collective of politically-aligned organisations coalesced into an identifiable food sovereignty movement in Australia, with many of AFSA’s founding organisational members as well as several others in attendance at a grassroots democratic day of visioning, collectivising, and organising.

AFSA was founded primarily by urban academics and sustainable food systems advocates, and its early focus was predominantly on consumer advocacy and raising awareness of the problems in industrial food and agriculture systems through various events, social media platforms, a book, and a documentary. By 2014, there was an increasing engagement of farmers in AFSA’s National Committee and general membership, and the focus started to shift into alignment with the global food sovereignty movement, which is led by small-scale food producers.

What started as a largely urban-based consumer advocacy movement has evolved into a farmer-led struggle for agrarian reform and against corporate capture of food and agriculture systems and the structures that govern them. AFSA today promotes First Peoples First, agroecology as a science, a set of practices, and a social movement (Wezel, Bellon & Doré 2009), community-supported agriculture, land tenure and water policy reform, and putting control of the means of production and distribution back in the hands of people rather than corporations.

AFSA is a member of La Via Campesina, the International Planning Committee for Food Sovereignty (IPC), and Urgenci: the International Network for Community-Supported Agriculture, and supports the Australasian delegate to the Civil Society and Indigenous Peoples’ Mechanism (CSM) that articulates to the Committee on World Food Security (CFS), and participates actively across several UN agencies and processes.

AFSA facilitates farmer to farmer knowledge exchanges and the collectivisation of farmers through annual gatherings and more recently, agroecology workshops run according to the campesino a campesino pedagogy developed by La Via Campesina and its members.

Letter to Politicians August 2010 with Endorsements

A History of the AFSA by Russ Grayson July 2011 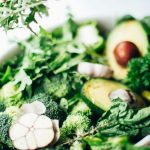