It’s a massive warehouse. Jazz saxophone reverberates noisily from a variety of hard surfaces. Barbecue smoke scents the air. Hundreds of blue jeans park on or hover above milk crates, the only available seating. The wine in the glasses glows gold like beer. Over in the corner in the dark at the bar we taste six wines before choosing one. Plain tables and plain signs humbly announce the names of some of the most interesting restaurants in the city: 10 William St; 121BC; Berta; Billy Kwong; Cafe Paci; Ester; Garagistes; Longrain; Sixpenny; Momofuku Seiōbo; Ormeggio; Pinbone and Three Blue Ducks. Tattood chefs drink wine and talk shop over blowtorches, barbecues, and stockpots on portable burners. A guy accosts me and my plate to ask “Is that the tartare? I’ve had six.” We visited on Saturday night, but they were out of food. One of the organisers came to talk to us after we complained. “We’re a non-profit organisation.” This interested me, as I find Sydney so commercial. I wanted to know more, so I went back on Sunday night, ate tartare, and begged Mike for an interview. I started by asking “What is Rootstock?” 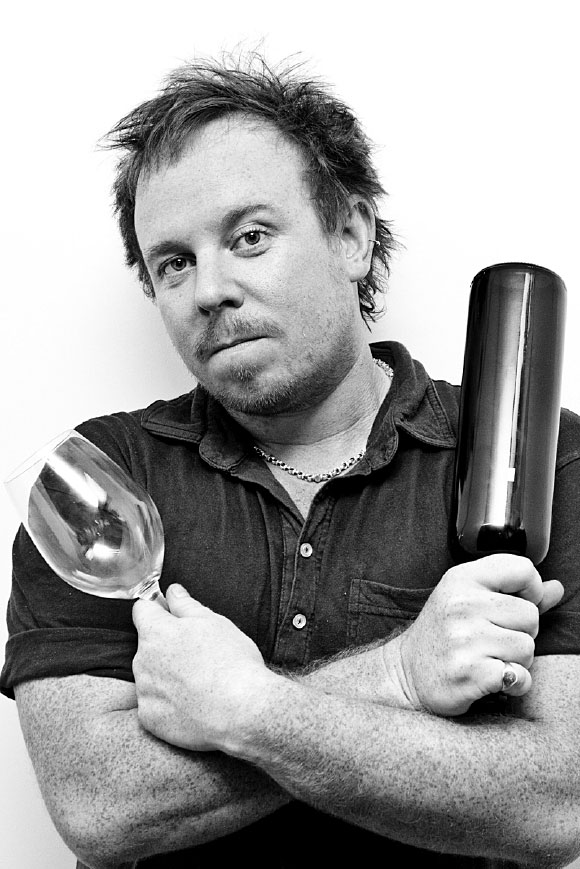 “We wanted to have a festival that wasn’t another regional celebration or Welcome to Australia, not another androgynous festival. We wanted to have a manifesto which was going to encourage people to think about the way they consume food and wine. We knew we had lots of like-minded colleagues and friends who would support us. We wanted to be not-for-profit, supporting the producers, rather than our own bank balances. We wanted the festival to help people meet people who grow things and produce things that are sustainable. We want people to be able to spend time with these people and see what they do and learn from storytelling. “Our overarching theme is about sustainability, growing things better, putting things on tables that are better, moving towards understanding where produce and things we consume comes from, how it’s made. We wanted a festival in which you could explore those ideas while hanging out with the people who do it. We wanted to make the producers the conversational piece.

“We wanted to avoid the caste system in which wine was second class in the agenda. Wine is food. It comes from a primary produce crop. It should be firmly on the agenda of food agencies. It beggars belief to me that culturally restaurants are shifting to paddock-to-plate, locavore, sustainable produce, single origin supplies, and yet with wine they throw it out the window. They buy what fits a commercial or cool wine list instead of knowing where their wine comes from and how it’s made. “People see eggs and they ask ‘are these barn raised or free range raised?’ ‘Are they organic or not?’ It baffles me that wine is not the same. Where did it come from? How was it grown? Is it organic? People should be interested in the process and provenance of wine, the same way they are with food. Food festivals miss this. I think people should be electing to drink wine in the same way. “There are about 60 different chemicals you can add to wine. Organic certification of wine stops at the winery door. They can still use chemicals in the winemaking process and heavy industrial machinery and whatever else. The same people who are concerned about GMOs and pesticides and free range and livestock hormones will happily sit down and drink a bottle of wine produced in a factory environment, from fruit sourced from industrial agriculture style vineyards, using excess water, and chemical farming. And then when the fruit is brought to the winery it’s produced in a way that homogenises where the fruit comes from to meet quality and consistency standards, using everything from colour fixers to texture and flavour modifiers.” Ahhhhhh…. that explains the Orange wine bar. This wine would have to be coloured (or bleached?!) to fit into the standardised marketplace. Mike and the other four Rootstock organisers were taken aback when 13,500 people came through the doors, up from two thousand last year. “People wanted to engage and wanted to learn, and voted with their feet to understand sustainable produce.” “One very experienced winemaker said it was the best wine event she’s ever attended with the most curious and engaged wine audience she’d ever spoken to. Many of the international winemakers came back for their second year, because they’re so blown away by consumers being interested in wine. So many festivals cater either to trade or just pouring for people to drink a lot.”

Rootstock is a festival of wine AND food.

“A producer of sustainable produce had to be tied to a chef, so you could see the produce, buy the produce, talk to the farmer, then you could see it being used in food by a chef, and then talk to the chef about how to use the produce, and taste the food being used in a finished dish. No festival does that. All the produce was used by a chef next to the produce. It brings a more holistic feel to the festival. To be able to drink amazing wine alongside that…It was so beautiful on Sunday. It smelled and felt like a farm. It was so alive with people, with the sense of rural space. It was incredible. Food spilling over everything.” Unlike most food and wine festivals, producers can’t just purchase stall space. First they have to be invited to apply. Then the organisers assess whether the winemaker satisfies the Rootstock Manifesto. Then the organisers taste the wine. Those that pass the taste test are further evaluated according to sulphur level. While there isn’t a numeric boundary, if the sulphur is high, that winemaker would be invited to present a different wine. “If they’re notably high in sulphur, it restricts the natural expression of the wine.” Finally, the winemaker is required to be present at the stall in person. PR people are not invited. 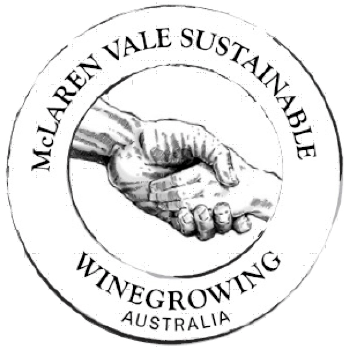 So here’s a festival that is more than a form of advertising, open to anyone with the cash, a festival with principles and the rigour to stick with them, a festival that is opening up the culture of wine, and pushing forward the very definitions of organic and sustainable. On top of all that, the thing that impressed me most is Rootstock’s understanding of itself as an educational/developmental event for the producers themselves. Alongside the free marketplace open to the public, the winemakers’ events were reserved for the winemakers themselves to talk, teach, eat together, and taste one another’s wines. Rootstock provided free entries only to international winemakers, with the aim of encouraging interchange between Australian producers, new to sustainable natural wine and more experienced and established foreign producers. 110 people participated, “including some very establishment winemakers, who were there to learn.” And in order to enhance this function of the festival, the date for the 2014 festival is being moved from February to August, a time between the global harvests, to maximise the presence of international winemakers.

Beyond the Rootstock Festival

Beyond the festival, which is an opportunity for people to meet winemakers and taste natural wines, the Rootstock collective wants to promote voluntary ingredient labelling for wine. “If everyone knew what was going on in their wine, more people might be questioning what they’re consuming in terms of their wine choices.” And beyond that is the possibility for sustainability certification. Mike points out that the 94% of New Zealand vineyards are certified under the New Zealand Wine Sustainability Compact. In Australia, only the McLaren Valley region has a sustainability charter, currently adhered to by growers of about 53% of the region’s production.

“The charter includes soil profile mapping, water, and waste management, with quality standards for certain wines to get people to focus on micro-growing.” The program was developed by Irina Santiago of the University of Adelaide. Fascinated by all this, I asked Mike about his own work alongside Rootstock. “I’m a journalist and wine writer and presenter. I talk about wine.

My background as a journalist has had me traveling the world broadly and looking at vineyard ecology projects, natural wine growing around the world, and as an extension of that beginning to have conversations in Australia with consumers, winemakers, and regional wine associations about moving towards more natural wine growing.

“Increasingly, regional associations, winemakers and winegrowers have been receptive to me visiting and talking about moving toward more natural wine growing, and showing wines that display a transparency between the grape growing and the finished product. It’s met with some skepticism at times. Australia is a very heavily science-based wine making country, led by college and research institutions that promote the use of science to manage winemaking. So it’s been interesting traveling and listening to people around Australia and New Zealand being interested in less-is-more. Whether that’s the old “la lutte raisonée”, (the reasoned struggle) or just winemakers who want to make sure the crop is healthy, but trying to move away from reliance on science-based farming. People are becoming more receptive. “There’s an undercurrent of people in Australia –through exposure to new wines from overseas, or local events– moving toward more natural wine growing. Even big companies are putting aside small barrels or small parcels to experiment, to work through their own reasoning. Young producers working as assistant winemakers are sourcing small parcels of fruit and beginning to make their own wines in small batches and releasing them to market – effectively natural wines. There’s a lot going on. It’s a very exciting time in Australia. Because people are getting that they’ve got to be more concerned about how they produce their wine and from where they source their fruit.” Mike is clearly still high on the kind of energy that Rootstock 2014 gathered. “We started pulling together these people important to us, and the amazing thing is that they all volunteered. No one gets paid.

I’m humbled and amazed by the support from 70 volunteers who are people with extraordinarily high commercial profiles. It’s a collaborative festival that relies on spine, heartbeat, veins of program being the people who actually work at it. We provide the impetus, venue, and hopefully the crowd…I was surprised to hear commentators call rootstock a counterculture political movement. We wanted to encourage people to think differently and consume differently, without a heavy agenda. With fun and exploration.” And they did.

“People ask ‘Can you bring Rootstock to Melbourne?’ No. We’re in Sydney. We’re about Sydney, enlivening the city, being part of it, creating culture in the city. We’re not for profit; there’s no reason to go anywhere. It would be nice to roll a national program out. The agenda is focusing on this city and making this city a place that leads by example.”