A few changes for the AFSA National Committee

Previous
Next
As a young aspiring farmer and producer, I was delighted to represent Fair Food Farmers United (FFFU) at the La Via Campesina (LVC) South East Asia and East Asia Regional meeting. It was inspiring to meet with so many delegates from various farmer and peasant organizations through out the region and discuss something so close to my heart- food sovereignty. Over the course of the week, we devised a regional report to be taken to the VIIth International La Via Campesina Conference, which will be held in July this year. 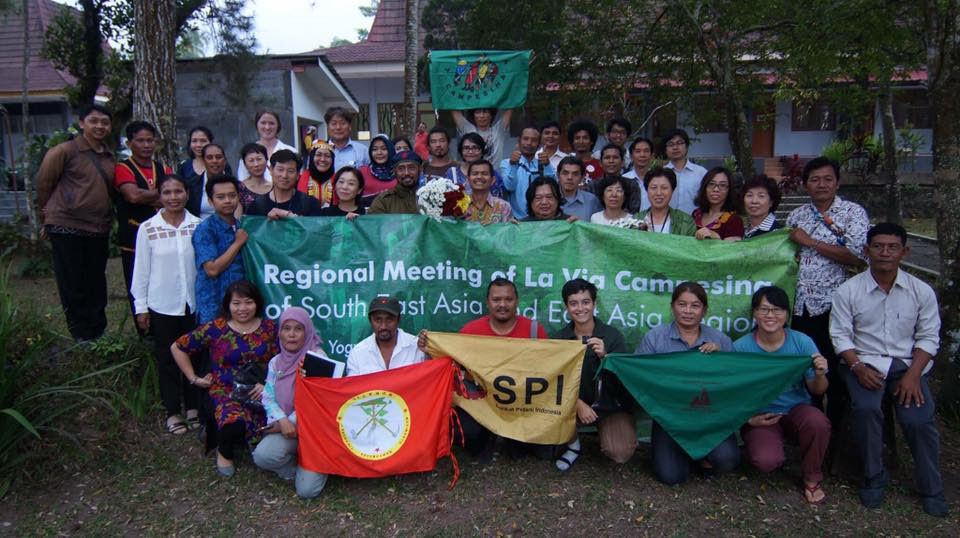 La Via Campesina, which can be translated as the peasants’ way, is an international movement of peasants, small and medium-scale farmers, food producers, fisher folk, landless people, women farmers, indigenous people, migrants and farm workers from around the world. It fights for agroecology as the means for addressing the myriad of economic, social and ecological problems in the food system. La Via Campesina fiercely opposes the dominating industrial, corporate, and transnational agricultural model, which is proving time and time again to undermine people and the land. 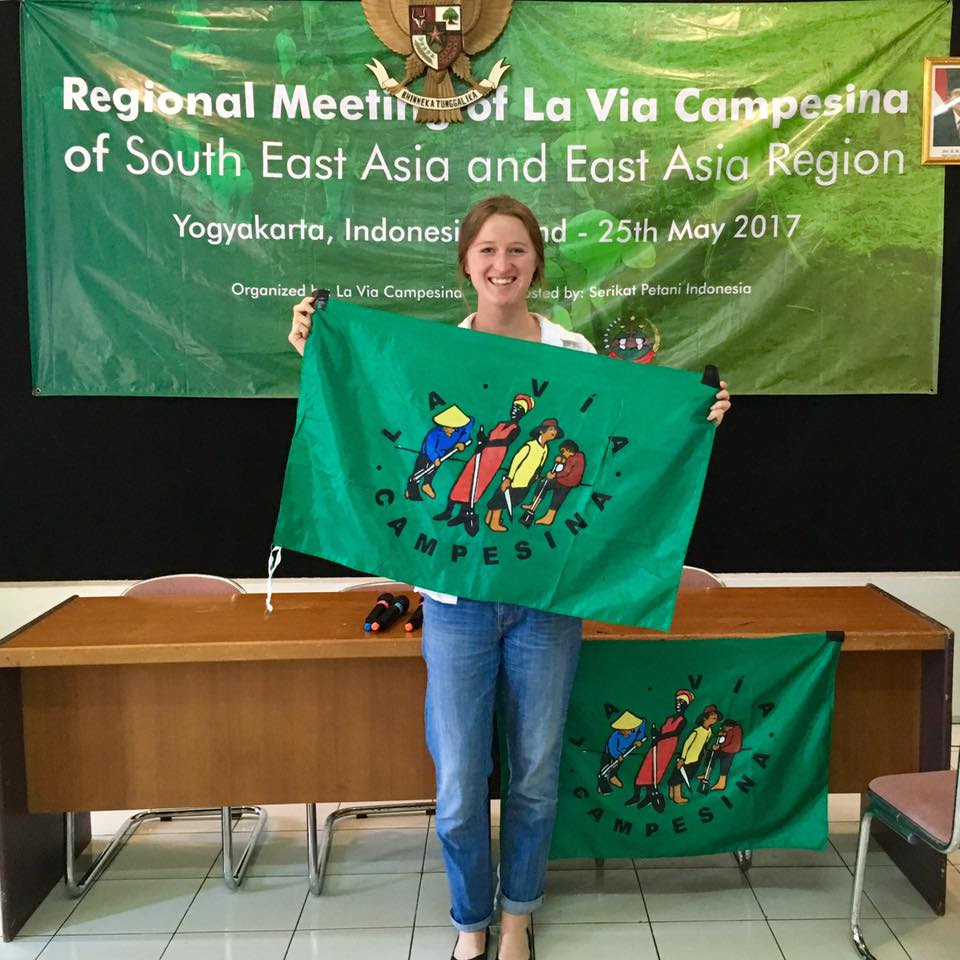 As a middle class, white woman, the cultural differences between myself and the other delegates at the meeting were clear. I’m involved in my partner’s family’s organic broadacre cropping and grazing farm- a scale and model of farming totally foreign to many of the delegates. However, despite these differences, I found common ground. The issues facing our neighbours in South East and East Asia are awfully similar to those experienced by many of our farmers and food producers here in Australia, particularly those of a smaller to medium scale.For example, we discussed the devastating impact of free trade agreements, foreign investment and land grabbing on the livelihoods of farmers and peasants. It is obvious that despite economic growth throughout Asia, community food systems are continuing to struggle.

As is happening in Australia, most delegates agreed that their country was experiencing an ageing farming population associated with youth migration from rural to urban areas. With labour shortages, many farming communities are relying on migrant workers, resulting in exploitation and social tensions.

Despite the significant role women play in food production, gender inequality is rife throughout the region. Women continue to be subject to violence and abuse, both domestically and on the front line of land grabbing conflicts.

Climate change obviously remains a major point of concern. In particular, the industrial climate change solutions being imposed on many farming communities are causing a lot of damage. ‘Climate smart agriculture’, including Reducing Emissions from Deforestation and forest Degradation (REDD) policies, has negatively impacted the livelihoods and autonomy of peasants and small-scale farmers. The prevalence of patented and GM seeds, often under the guise of ‘climate smart agriculture’, is also a major food sovereignty concern.

Looking forward, we agreed on the need for more grassroots education and training on agroecology through farmer to farmer knowledge sharing programs, field schools, exchanges and field trips. We call for more seed sharing initiatives and the preservation of indigenous knowledge and farming traditions. It is also clear that work needs to continue around empowering women and youth through education and training.

We see that farmer and food producer co-operatives have great potential in empowering communities. Additionally, Community Supported Agriculture (CSA) models, value adding and other forms of direct marketing are important tools for improving peasant and farmer livelihoods. Farmers need more training around financial literacy, computer skills and appropriate technologies, and work needs to continue around agrarian reform to ensure farmers and peasants are entitled to land and local markets.

At the end of the week’s discussions, we evaluated the final draft of the UN Declaration on the Rights of Peasants.  La Via Campesina has been officially working on this declaration since 2008, to respect, protect and fulfill the rights of peasants who make up almost half of the world’s population and are responsible for the majority of the world’s food production. Despite UN concerns, we agreed on the importance of using the term ‘peasant’ rather than ‘small-scale farmer’ because it is far more inclusive of anyone who has a direct and special relationship with the land and nature through the production of food. We also agreed that peasants need the ‘right’, not merely ‘access’, to land, seed and markets, because ‘access’ implies the continued influence or control of corporations and government, and a loss of autonomy.

Having attended the meetings, I’m so excited that Fair Food Farmers United is a part of the powerful movement that is La Via Campesina. Despite language and cultural barriers, it is telling that so many millions of peasants and farmers around the world can band together in the name of food sovereignty. I know there is a lot of work ahead for FFFU, AFSA and the food sovereignty movement in Australia more broadly, but, with a baby growing in my belly, I’m so proud to say I feel hopeful for the future.