It's time to talk about Eating Democracy: take the survey! 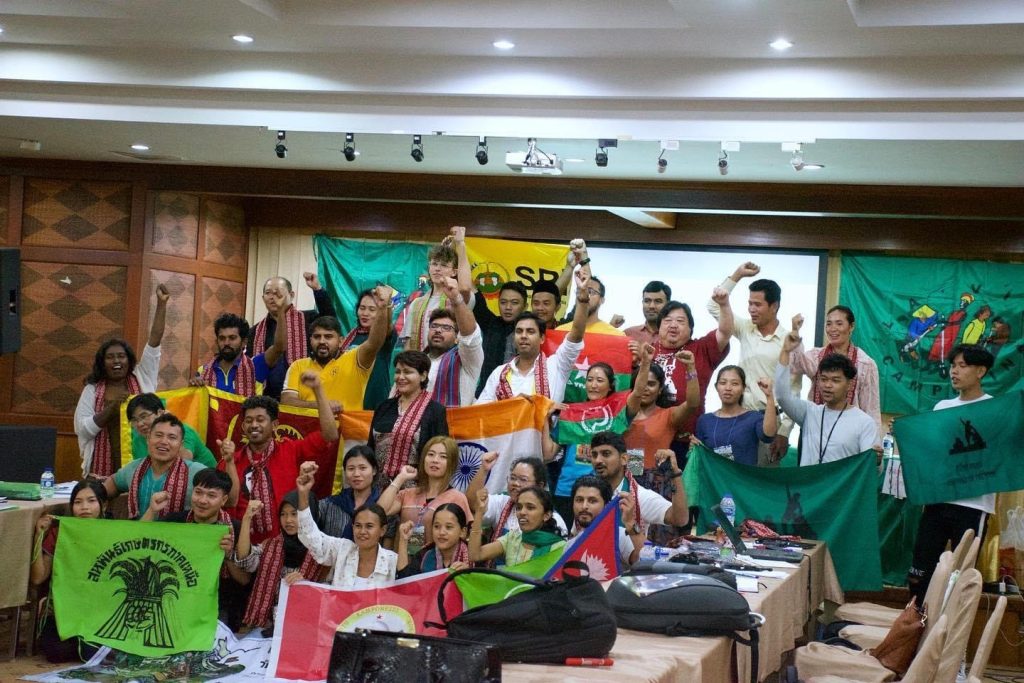 This report was written by Atticus Jonas, who recently represented AFSA at La Via Campesina’s South East and East Asia (SEEA) Youth Articulation in Thailand, on the 14th-18th October 2022.

People from 11 different organisations and 9 countries all met at the AOP office in Bangkok before a 9-hour bus ride south to Surat Thani with an arrival time of 3am. Gathering at a rather grand hotel for the three days of meetings, the conference room would be filled with multiculturality, differing social ideas and balanced gender diversity.

On the first day everyone was so tired from the late arrival that we had to miss the Mistica that morning. But after everyone had gathered, an introduction was given. Then Zainal (the leader of SPO) gave an analysis on the socio-political situation of Asia (relating to LVC of course). Zainal stated, “everything can be delayed except agriculture.” He also stressed the importance of organising and expanding the movement around the world to strengthen it. Peter Rosset also attended and gave a discussion on the history of LVC (as this was a youth articulation meeting) such as how LVC was founded. In 1993 a NGO invited and paid for peasant leaders from around the world to Mons, Belgium for a discussion, in this discussion the NGO tried to take control of the conversation, this lead to the peasants respectfully asking said NGO to leave so that a fairer and more equal discussion could be held. This would become the first La Via Campesina international meeting. At this meeting the peasants present stated that NGOs may never be the leaders of this movement, only allies. Later Baramee discussed the UN Declaration on the Rights of Peasants (UNDROP). 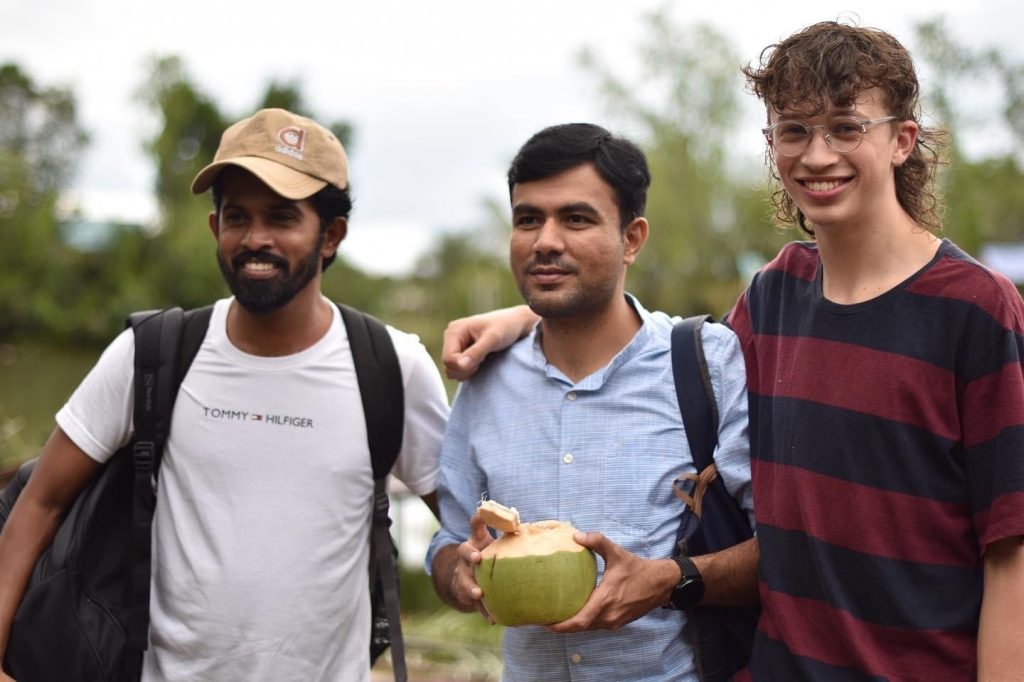 We may have missed the first Mistica but on the second day a great performance was given by South Asia. We then split up into three groups to share each others’ experiences, problems and ways the individuals and organisations have been fighting said problems. For example I was talking to Cleo from the Philippines and she said that on her farm they used a mixture of vinegar and salt as a herbicide to maintain steady production. Later each organisation had ten minutes to present information about their own organisations.

That was it for meetings on the second day. Now it was time to venture into the jungle to visit Tha-Khoei a community next to a very large river (I apologise for not remembering the name but there are a lot of rivers in Thailand, and I didn’t write it down ☹). After a short bus ride, it could not take us any further, so we all hopped into the back of pick-up trucks and continued our journey. When we arrived, we were greeted with smiling faces and fresh fried fish crackers while we watched an old man open coconuts for everyone. The village leader also greeted us, but it was one of the women who told us about the land grabbing for carbon credits done by the government not 200 metres from their homes. 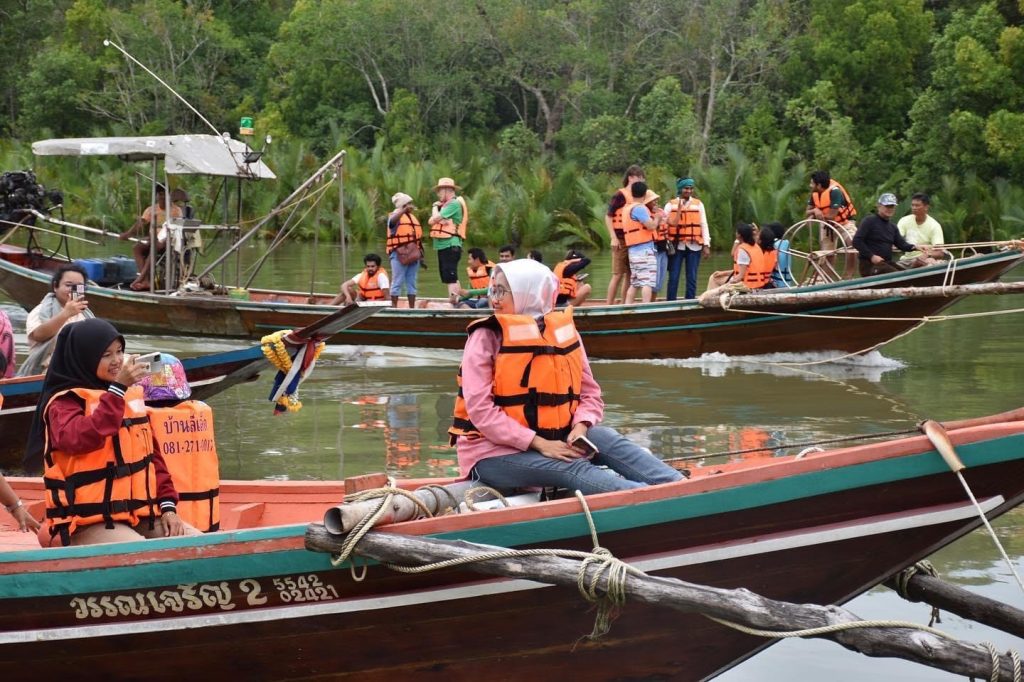 This community had been in this location for over 100 years and had lived off the land and river for that period, especially as the road connection was only added in the late 90s. After the initial introductions, we hopped on three different boats and went along the river and then out onto the bay to scout the mangroves. It was beautiful! Many photos were taken, and everyone was smiling. We returned to shore and jumped onto a beach made of shellfish shells that the locals had fished for. As we came back to the gathering area, food had been laid out across a table, from Crab soup, multiple kinds of shellfish and different soupy curries to sweet sticky rice pudding wrapped in big tropical leaves, it was all delicious and very spicy. While everyone digested their food and relaxed, I was offered a different much larger shellfish cooked over an open fire on a piece of corrugated tin. Once they opened you would grab them add a splash of fish sauce and gobble it down, I think it was the best shellfish I had ever had. That night we sat around in a circle for culture night and for each organisation to give a word of thanks and solidarity to the host who had told us of about the corruption of the government. We were also informed that due to our visit, the day before the local police force decided to pay the community a visit of intimidation.

Myself, growing up and working on our family farm and in our on-farm butcher shop this meeting related to my situation, and how although I do wish to return one day, this year I have begun my move to the city and will be fully leaving the farm soon. I have grown up being surrounded with the ideals and practices of food sovereignty, always being taught that we have a duty of care to the land as custodians. Jonai Farms has always upheld ethical growing of animals and sustainable use of the land. After I’ve had my own little self-indulgent adventures, I will return to the farm to continue fighting the good fight and attempting to topple the industrial food system/capitalism. Although it is obviously not good that I am contributing to the problem of youth migration, I feel it is a necessary point in my life to go experience that different setting.

Agroecology is a movement to challenge power and the current agricultural system, not to conform. 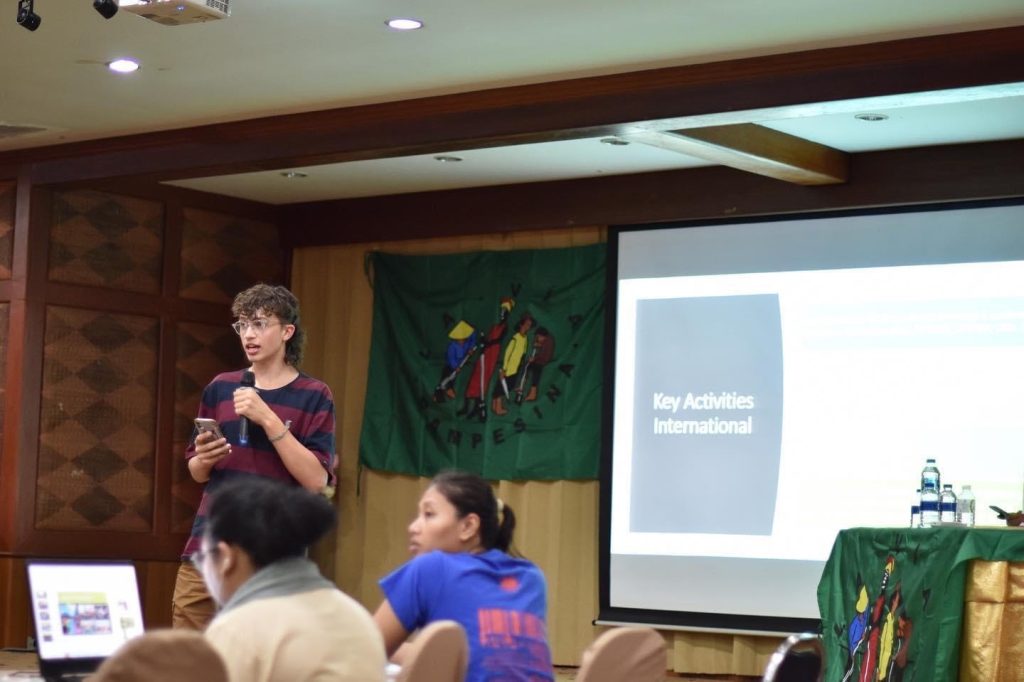