Rebuilding the Foodshed — the book

All over the country a quiet revolution is taking place. There’s no storming the barricades, no marching in the streets, no rallies, placards or forceful speeches. It is a protest taking place in kitchens around the country. It is the supermarket-free revolution.

Lucy Chan, a mum from the Fleurieu Peninsular in South Australia, thought she would see if others were as fed up with the supermarket system as she was. So she declared April to be supermarket-free month and began collecting the pledges of like-minded people via her website. In little over a month, with word-of-mouth as her promotion tool, over 360 people from a across the country have promised to be Supermarket-Freegans in April.

Lucy was motivated by getting to know farmers at her local farmers markets. “I realised how much power the supermarkets do have. They’re not wielding that very well and not supporting the growers and producers.” She wanted to do something that would help her community, and used her background as an environmental educator to craft a positive message about the benefits of keeping your money within the local economy.

“I really wanted to make it a positive campaign. Rather than saying ‘Down with the supermarkets’, it’s all about supporting local business and local producers.” 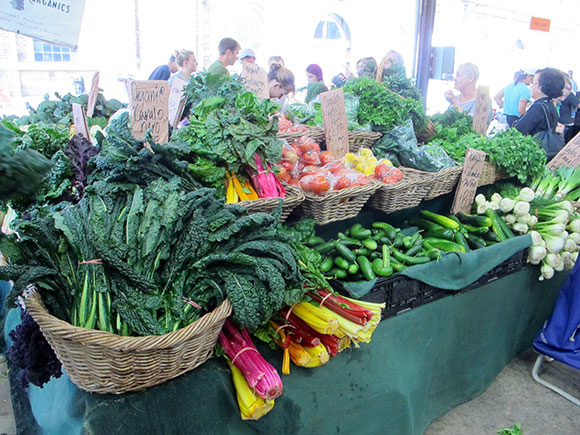 Ultimately, the campaign is about raising awareness of people’s other options. Participants can make a standard pledge to go without supermarkets for groceries, or the “hardcore” pledge to go without any Wesfarmers or Woolworths subsidiaries.”That’s where it gets interesting because people realise how much they actually own!”

She hopes after people have been connecting with their non-supermarket options for a month they’ll be in a bit of a groove and will keep going.