We Want Water Sovereignty for Australia! 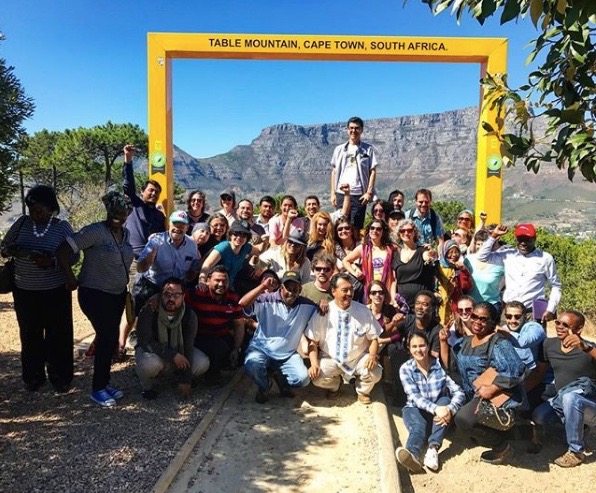 The International Planning Committee for Food Sovereignty (IPC) consists of a plethora of civil society organisations from all over the world that are all social movement led. They are representatives of peasant and family farmers, landless, rural women and rural youth, fishers and fish workers, agricultural workers, hunters and gatherers, pastoralists and herders, indigenous peoples and food consumers. Since 2003, the role of the IPC has been to provide the Food and Agriculture Organisation of the United Nations (FAO) with expert advice, general input as well as demands relating to the FAO mandate on the right to food. The IPC does this through the principles of food sovereignty.

The various working groups within the IPC have successfully partnered with the FAO in developing voluntary guidelines for member countries on topics such as sustainable small scale fisheries, agroecology and land tenure. In the past decade, the IPC has supported civil society’s engagement with other processes as well, such as the Civil Society Mechanism (CSM) that relates to the UN Committee on World Food Security (CFS), and with the UN Human Rights Council on a Declaration on the Rights of Peasants. IPC members across the globe have worked for many years to secure recognition of the rights of indigenous peoples and their right to self-determination.

The IPC emphasise the fact that food sovereignty is a prerequisite for true food security. Agroecological farming is promoted as the practical solution that can aid in achieving this. The goal of the IPC is to influence local and global policies, forge networks and solidarity among allies within the movement, and to have strength in numbers. AFSA has been a member of the IPC since 2013 and has attended the last three general meetings.

The 2018 general meeting of the IPC was held near Cape Town in the regional town of Paarl, South Africa from the 12th to the 17th of March 2018 and attended by delegates from all regions of the globe. AFSA President Tammi Jonas and International Liaison Katarina Munksgaard attended the meetings on behalf of AFSA. The FAO’s commitment to supporting civil society’s engagement extends to funding delegates’ travel and accommodation to attend the general assemblies as well as the FAO conferences and symposia, such as the Asia Pacific Regional Conference coming up in Fiji this week.

At the meeting in Paarl we heard harrowing reports from our comrades in Cape Town and surrounding areas on the imminent water crisis they are facing and the tight water restrictions currently enforced. The issue is complex, but a three-year drought and mismanaged water allocations for water hungry export industries are largely to blame for dams being at a record low. Poor and rural people are expected to suffer most when the town runs out of water. We discussed the parallels between countries such as egregious government support for export commodity crops – cut flowers in South Africa and cotton here in Australia – that are literally running our rivers dry.

We also listened in horror and quiet shame to accounts of how African livelihoods are being destroyed by extractive industries mining sand, minerals and coal run by Australian companies. One comrade told us in detail how their traditional fishing grounds have been ruined by sand mining. Others told us of gas and oil exploration with seismic testing on shorelines that ruin marine life and ecosystems. Destruction of wetland and restrictions on estuary access areas directly impact coastal communities as do desalination plants. Gold mines and plantations disrupt ecosystems and the traditional livelihoods that depend on them. These stories seldom reach Australia. Our comrades in Africa urge us to bring attention to these issues of corporate (ir)responsibility of Australian companies operating overseas through our channels and put pressure on the responsible parties whenever we can.

During the five full days of meetings, everyone sat in a semi-circle and live translation was made available in English, French, Korean and Spanish by the tireless effort of purely volunteer interpreters committed to the food sovereignty agenda. Microphones were passed around and equity was ensured between men and women speaking.

Each morning a different group was tasked with performing the “mística” –a ritual of sharing of our different cultures in song, dance, theatre and music, but also a ritual of acting out current food and land related issues and their solutions through community and food sovereignty. It is an excellent way to prepare for full days of seated meetings, and a tradition of all meetings of La Via Campesina that was a welcome addition to the IPC’s schedule.

The discussions at the meetings largely centred around the topics of communication, the strengthening of the existing working groups and formulating strong strategies for continued effective engagement with – and influence of – the FAO and other processes where food sovereignty can be promoted. The successes of the IPC were celebrated and highlighted but the group also voiced concerns over conservative voices getting stronger in governments and other policy spaces.

For the IPC organisationally, there were discussions of gender and age balance, internal communication, skill development, a women’s declaration and the need for a separate Women’s Assembly as well as the urgency of including water and climate change into the discussions of every working group.

All the regions had separate meetings discussing their internal functioning and how they are planning on cooperating with the central secretariat for the next two years. The Asia Pacific group committed to improving communication through trialling the project management app Slack, which the AFSA National Committee already uses to great effect. Tammi was nominated to sit on the Asia Pacific regional facilitating committee to represent the Pacific for the next two years.

On the last day of the meetings, the official statement of the IPC was workshopped democratically in a plenary with over 50 activists, and is currently being ratified by member organisations before being released for public distribution.

On day six, the delegates went on a field trip to learn about the fisher community in Hout Bay. Here, they are facing various challenges including restrictive fishing regulations that largely favour the big commercial fishing industry (fishing permits and quotas, but also the establishment of a Marine Protection Area that severely hinders small-scale traditional fisheries); discrimination and exploitation at the fish markets; limited access to surrounding natural resources; high unemployment; lack of decent accommodation and high cost of hiring fishing boats. Women also face challenges within the fisher community as most of them are not allowed by men to fish. In cases where men allow them to fish, women are limited to permits for low value fish.

We came away from the meetings mentally and physically exhausted, but full of a joyful sense of solidarity and active optimism. We renew AFSA’s commitment to raise awareness of the seriousness of the struggles of our global comrades, and also of shared struggles relating to food sovereignty that are happening everywhere to varying degrees. Australian companies abroad are having severe negative impacts on the livelihoods and food sovereignty of small-scale farmers and fishers, and indigenous people around the world, especially in the Global South. Our government is considered one of what they call ‘the evil three’ in UN processes (along with the US and Canada) as it serves to protect corporate interests over the rights of the people. We see a major part of our role in the international movement is to put pressure on our government and Australian-owned companies to be better global citizens, and to do that we need all of you to join us and work collectively for radical food system transformation.