Farmers Markets are an Essential Service - Keep them open! 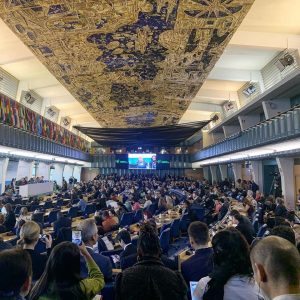 In late February, governments and civil society organisations, along with NGO and private sector representatives convened in Rome to discuss the Zero Draft of the Post-2020 Global Biodiversity Framework.  The Framework will set the targets and directions for addressing an urgent problem – the ongoing loss of biodiversity that is crucial to the landscape functions that we rely on for food, fibre, fuel, and clean water.

(AFSA members’ participation in these events is funded by the IPC via U.N. funding mechanisms)