The Australian Food Sovereignty Alliance is lucky to have a team of dedicated and passionate people working to create equitable, sustainable and resilient food systems for all Australians. 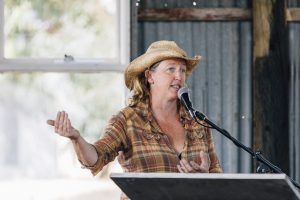 Nick is a small-scale grassfed beef and pastured poultry farmer, living and working on Jinibara land in the Sunshine Coast hinterland in Queensland. A fourth-generation farmer, Nick hopes to be the first in his family to pass land on to a future generation. He joined the AFSA National Committee in 2019 as Membership Officer.
With a background in law and union organising, Nick has a long history of supporting and participating in community and worker collectives and believes passionately that the only way we can make the changes we need in our society is to increase our membership, make sure that membership is educated on issues and solutions and above all is prepared to take action in support of our goals.

farming. First it was at her Grandparent’s farm in Willow Tree, NSW on Kamilaroi Country. Then, when starting university meant meeting lots of country kids, it was her friends’ farms. At these places, Mads learnt the nourishing and nurturing role growing, cooking and sharing food with loved ones has.
Currently studying Law at Monash University, Mads hopes to use her studies to understand more deeply the legislative supports and barriers to our right to food. She aims to be a small-scale farmer who can also be an advocate for other small- and medium-scale farmers working in ethical and ecologically sound ways.

Until then, Mads is pursuing her passion and interest in agroecology at Jonai Farms on Dja Dja Wurrung Country, and farming a mob of 16 large black pigs with friends Adam and Cait (‘the young agrarians’) on their neighbour’s land to help raise funds for a community, micro-abattoir to be built at Jonai. Mads is using her undergrad studies in Indigenous Cultures and Histories and Politics to invigorate decolonising practices in farming and activism, and found a harmony of all these interests, passions, values and experience in the food sovereignty movement and particularly at AFSA.

Georgina took up the International Liaison role in 2020, with the goal of contributing to effective collaboration between AFSA members and multilateral organisations, and centreing the lived experience of food producers in global policy making.

Georgina has professional experience in stakeholder management with global food and nutrition policy actors including the Food and Agriculture Organization of the United Nations and World Health Organization. She is currently actively involved in advocacy as volunteer with the NSW Branch committee of the Public Health Association of Australia, which has contributed to her experience in policy advocacy.

Georgina has also worked extensively to support the food movement in Sydney for over 6 years, including as co-leader of the Sydney chapter of the Youth Food Movement, volunteering at Pocket City Farms, and working for Ooooby Sydney – a local, seasonal, and organic fruit and vegetable box company. 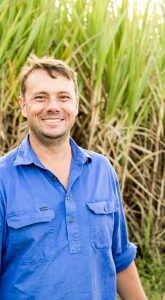 Airlie is a corporate lawyer and contract specialist of too-many-years-to-count but more recently took stewardship of 200 acres of denuded farmland in central Victoria.  Her aim was regenerating the landscape, her partners’ aim was farming.  After many discussions they have combined interests and are practising regenerative agriculture with a range of farm animals, costly fencing, over 11,000 planted trees, and three children.  This journey led to Airlie’s discovery of the Australian Food Sovereignty Alliance, via membership of CSA’s in her new local area.  Working with AFSA provides Airlie with the perfect balance of contributing her legal and drafting skills while continuing to learn and be inspired by the principles of food sovereignty.