THE FAIR FOOD MOVEMENT is diverse and fractured. It is made up of small organisations each pursuing their own goals that in some cases are too lofty for poorly-resourced groups to achieve, while in other cases those organisations are going about achieving them.

Community organisations often focus on small scale, practical initiatives such as growing veges and fruit at home or in community food gardens, and buying through food co-ops and organic food buyers’ groups. They are local in focus and intent and they constitute the grassroots of the social movement around food. This is a broad movement but that broadness, that diversity, has limitations when it comes to reach and influence because it is not well interconnected.

Food advocacies apply pressure at the political level, often through deft use of social media as well as through conventional advocacy channels such as fora, intervention in elections and direct lobbying of politicians.

Academics talk about food systems in trying to understand what it that others are doing.

All of these entities are part of a social movement around fair food that has been building since the 1990s but that has really taken off only in the last ten to fifteen years.

Would this social movement around food, then, benefit from adopting a more defined approach that focuses on an umbrella issue that also affects the particular interests of individual groups? And how could the Silicon Valley approach help with this?

Silicon Valley might seem a strange companion plant for the fair food movement. A little thought, though, suggests that the innovative approaches and open thinking that has characterised parts of the tech industry might be transferrable to reinventing our food system.

This was the focus of a remotely conducted conversation, ninety minutes edited down to eleven online, organised by the Reinventors Network in the US. Among those participating were food writer and advocate, Michael Pollan, Silicon Valley entrepreneur and investor, Ali Parvoti, the Union Concerned Scientists’ Ricardo Salvador and others from the US fair food milieu including a farmer and people from food-based NGOs.

The idea of asking Silicon Valley opinion was to derive insight from the successful approaches taken to technology development. It is often useful to bring in ideas from different fields as they can offer new insights and new approaches.

A FOCUS FOR THE FOOD MOVEMENT

Creating a single, achievable focus is at the basis of any social movement. Ali Parvoti said the food movement focuses on many things, however the Silicon Valley approach would bring a different mentality to the issues in that it would offer simple, elegant, focused and tangible solutions.

He was talking about the need for a cohesive approach by the presently multi-focused fair food movement, and what he said has resonance here in Australia, too.

To create the needed cohesion to drive the fair food movement forward would require a coalition of food advocacies, food practitioners and educators getting together to create some kind of shared, national entity. The first to attempt this has been the Australian Food Sovereignty Alliance.

The main requirement in creating a cohesive drive for the fair food movement is organisational willingness, and harnessing that depends on working out where mutual advantage lies. It’s like mutualism in ecosystems where strength and resiliency is increased through commensal relationships, sharing the same space but not being interdependent. Economic philosopher Adam Smith said something similar, about how pursuing self-interest creates social good.

Working against building some kind of national, common goal is the tendency for people with common interests to create new organisations rather than seek their interests through an existing organisation that could be adapted to accommodate their goals. The fractionalisation that results facilitates a specialist focus but it potentially dilutes the movement as a whole. What you can get is a bunch of small organisations with some things in common and with each individually pursuing their own goals.

Focusing on what’s common between organisations and setting aside that which isn’t would seem the way to go in seeking cohesion. Whether we see this evolve with the Right To Food Coalition that ran a two-day conference in Western Sydney during the Australian Food Sovereignty Alliance’s Fair Food Week this year, we have to wait to see. Will the Coalition become a viable advocacy for the nutritional health and food security-oriented organisations making it up, and can it build on the earlier work of the Sydney Food Fairness Alliance although it might not pursue the Alliance’s idea of a NSW food policy as a goal? 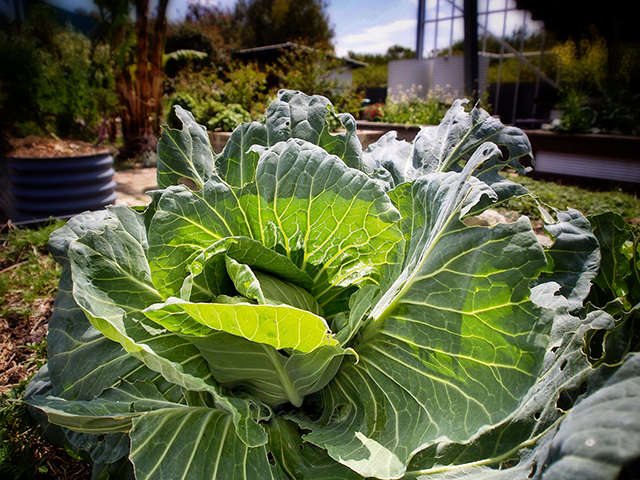 Michael Pollan favours developing a national food policy for the USA. He says government has national health and agriculture policies but no food policy. A policy, he said, would address health, landuse, foods security and food safety, all of which are uncontroversial. For the social movement around food, advocacy of a national policy would offer focus, drive and political momentum aimed at the reform of the present system.

Pollan said that federal incentives for farmers to produce certain commodities distorts the market, and, consequently, there is no free market around food in the US.

There is potential for political gridlock in developing national policy on food, said one. Another said that national food policy should focus on good diet and that would then be the focus for agriculture. Climate change could leverage action, as one-third of the carbon in the atmosphere was once in soil, and we can fix that. Then there’s the 40 percent of food that is wasted. There were plenty of ideas on what a national food policy might contain.

Perhaps most important for any attempt to provide a policy focus for the food movement, and this applies in Australia too, was the comment by one of the particiants that policy is too intangible a thing for people to focus on. According to Silicon Valley investor and entrepreneur, Ali Parvoti, the food movement needs a focus on winnable, short term solutions.

With Australia’s federal proposal for a national food plan scrapped and inspired by a Canadian example, earlier in 2014 the Australian Food Sovereignty Alliance started to take an interest state food policy in the form of state government acts of parliament — essentially, local food acts. This idea seems to have gained some traction in Victoria and there appears to be preliminary interest in Tasmania, however reception in NSW has been cool and there is yet to be a response from other states and territories. In part, especially in NSW, this reflects the different focus of food organisations and their constituencies. In NSW, it’s food security-focused organisations consisting predominately of nutrition, health and community workers that has taken leadership while in Victoria it is organisations working in food sovereignty that are prominent.

It’s easy to see tension between the food security and food sovereignty approaches of of food advocacy organisations. Food security — year-round access to a quantity of food sufficient to sustain an active lifestyle — can be seen as a component and an aim, even, of food sovereignty. But, because people can be food secure on handouts from food banks and feeding programs, it missed the food sovereignty element of individual and national -control over what we eat and the choices about food production and provenance. For eaters, that’s an issue about an authentic freedom of choice in our market system.

That statement in the video about policy being unattractive is right. If the idea of state food acts of parliament is to gain traction it will have to be made into a sticky idea the focus of determined, state-based campaigns to popularise it. When it comes to recruiting people and existing food organisations, much will depend on how the idea is positioned in the public marketplace for good ideas and on how those organisations could realise their aims through the proposed acts of parliament. Cooperation and collaboration will be indispensable.

There’s still the question about how a food advocacy would attract participation by those small, often localised groups whose members are likely to share the Australian attitude that government and policy are things remote from everyday life. You can go out and make a food garden, you can go join a food co-op, but what can you do about making food policy happen? It seems too specialised and too distant from the everyday, the realm of specialist political elites and consultants.

It’s this question that will have to be worked out if the fair food movement isn’t to risk walking the same path as small political groups, into fractionalisation and irrelevence.

If a decision is taken to pursue either another attempt at a national food policy or state-based acts of parliament, and if the social movement around food wants a say, then it’s going to have to attend to that which Michael Pollan and Ali Parvoti talked about — building a coalition around an achievable focus and coming together into a cohesive entity to achieve it.