We're now updating the Fair Food Week 2014 website for it to go live in early July.

For Fair Food Week 2013, we came together in a national coordinating team to make the week happen. That worked. Now, we want to do it again.

For the national coordinating team, the commitment is to be available for an approximately two hour  Skype call once a month from July-October and to be in regular email and online contact during that period.

For Fair Food Week 2014 we have four themes for organising our events around.

Fair Food Week event organisers are asked to plan their event around at least one of the themes. For example, ‘Beyond the trolley’ could be combined with ‘Grow our urban agriculture’ so as to offer a solution to a problem facing smaller farmers producing for the domesic market.

The themes were chosen because they seem most relevant to the fair food situation in Australia at the present time.

Theme 1: Beyond the trolley

Concentrating economic power is seldom a good idea. It’s even less of a good idea when that power controls what we and our families eat.

But that’s the situation we have today in Australia where two supermarket chains control more than 70 percent of the national grocery market. It’s not only the reality that what they offer their customers is a limited choice — a diet chosen by the supermarket buyers — it’s also that they use unfair marketing tactics to reduce small business opportunity and treat the farmers and Australian food processors that supply them in ways that are being increasingly questioned.

A fair food system in Australia would do otherwise…

Where government fails, communities can succeed.

Cities feeding themselves? Seems a strange idea but it’s been the reality for a good many of the fresh foods urban people eat. Now, it might be a fading prospect unless citizens influence their governments to take timely and positive action.

That’s the choice facing farmers when coal seam gas miners demand they hand over their land for gas extraction. It’s also a choice when miners demand access to public land like state forest and other government land.

Now, farmers and urban people are saying ENOUGH! and are forming alliances to retain farmland for farming and public land for less damaging uses.

ONE OF OUR THEMES FOR FAIR FOOD WEEK this year will be — Supporting your local community fair food projects and groups — organise a fundraiser for a group that missed out on the Community Food Fund grants or other food project or group you’d like to support.

In February, the Federal Government axed the $1.5 mn Community Food Fund that was part of the National Food Plan.

364 groups around Australia applied for grants under this fund.

If you are from one of those groups, or you know of someone who applied, please let us know.

We want to profile and support you as part of Fair Food Week 2014.

[button_link url="mailto:admin@afsa.org.au" target="" style="" title="" class="" id="" onclick=""]Email and let us know if you missed out on the Community Food Fund grants[/button_link]

Where government fails, communities can succeed. 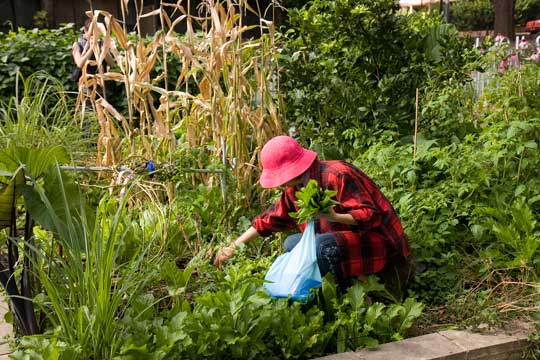 DARK AND HUMID it might have been in Sydney last Friday evening, the weather didn't stop a small but convivial gathering of members and friends of the Australian Food Sovereignty Alliance at Glebe's Badde Manors cafe.

The gathering — the first Australian Food Sovereignty Alliance Cafe Conversation in Sydney — was organised last-minute with only a day's notice. The idea was to create an opportunity for people meet the Alliance's coordinator, Nick Rose, and president — farmer, Michael Croft — and to participate in a discussion about a Local Food Act for NSW, not dissimilar to the campaign to introduce an Act in Victoria, as well as catch up with other initatives and news about the Alliance.

As Virginia, who works with a national permaculture organisation, topped up my wine glass yet again I said in my introduction to the evening that it was interesting that here we were gathered around food to talk about that very thing.

The idea of a Local Food Act is to create the legislative framework in which the emerging local food, or fair food movement — whatever your preferred term — can develop and thrive. Potentially, an Act would address food production and distribution from farm soil thorough processing and distribution and, through the processing of food wastes, back to the farmer's soil.

The ACT would benefit not only the community food systems spreading like edible fungus through our towns and cities, but mainstream farmers, livestock producers and food processors producing for Australia's domestic market. Presumably, it would address issues presently troubling farmers and those that eat what they produce and search for ways to provide a good financial return to farmers in return for supplying good quality food at affordable prices to urban eaters.

Another topic of conversation was Fair Food Week and how we could improve it this year. The national event spans 10-19 October and is a largely-self-organising initiative in which participating organisation plan events in their local area or promote already-planned events as Fair Food Week activities. These they place on the Fair Food Week website.

Last year’s Fair Food Week was the first and attracted an estimated 15,000 people to over 100 events around the country.

Organisations interested in joining the national event this year are invited to place their event on the website when it is launched for 2014.

The success of the evening on such short notice suggests that we may be able to temporarily corral other interesting visitors to our city so that local people can meet them and so all can expand their networks of mutual good.

Let's know in the comments window below — would you be interested in attending future cafe conversations in an accessible, moderately priced cafe near the city centre?

"It's a national food mobilisation. We started planning Fair Food Week a couple months ago and we're amazed by the diversity and number of events ", said AFSA spokesman, Nick Rose.
"It's a crowdsourced week that relies on the initiative of citizens, their organisations and small business to create events that fit our message of fair access to good food for all, an abundant future for Australia's farmers who produce what we eat and the sovereignty of free choice over the foods we want as the eaters of that food.
"We organised this first Fair Food Week because Australia's food economy is changing in ways that do not always benefit farmers, our food processing industry or eaters", said Dr Rose.

FRESH, good and fair food needs a fresh, new and innovative event to demonstrate its value to all Australians.

That’s why we – the Australian Food Sovereignty Alliance – are bringing together communities, social entrepreneurs, creative and passionate individuals, smart food businesses and local governments across Australia to celebrate the work of Australia’s fair food pioneers – the women and men doing the vital work of creating a fairer food system for all of us.

[quote author="Nick Rose" image="https://afsa.org.au/wp-content/uploads/2012/11/Nick-Rose_logo.jpg" w="" h="" image_align=""]Just as a non–hybrid tomato seed grows into a juicy, tasty and enjoyable vegetable, so too will Fair Food Week grow to become a celebration of all that is good with our food system and a source of examples on how we can remake our old, tired and unfair food system into something fairer... into something better for all Australians.[/quote]

[quote author="Nick Rose" image="https://afsa.org.au/wp-content/uploads/2012/11/Nick-Rose_logo.jpg" w="" h="" image_align=""]What we call 'fair food' is food that is produced in ways that are fair to all and that guarantee economic and nutritional health to everyone in Australia's food value chain – Australian farmers, Australian food processors, small to medium size food.[/quote]