AFSA President Tammi Jonas is with our allies in the International Planning Committee for Food Sovereignty representing civil society at the Commission on Genetic Resources for Food & Agriculture.

The people are speaking!

Huge first day at the Commission on Genetic Resources for Food & Agriculture here in Rome, with many interventions from those of us here representing civil society as part of the IPC for Food Sovereignty. I’ll report more fully when I get home (and am not in the midst of 10-hour-meeting days), but below is one of my interventions today on the role of genetic resources for the mitigation of and adaptation to climate change: 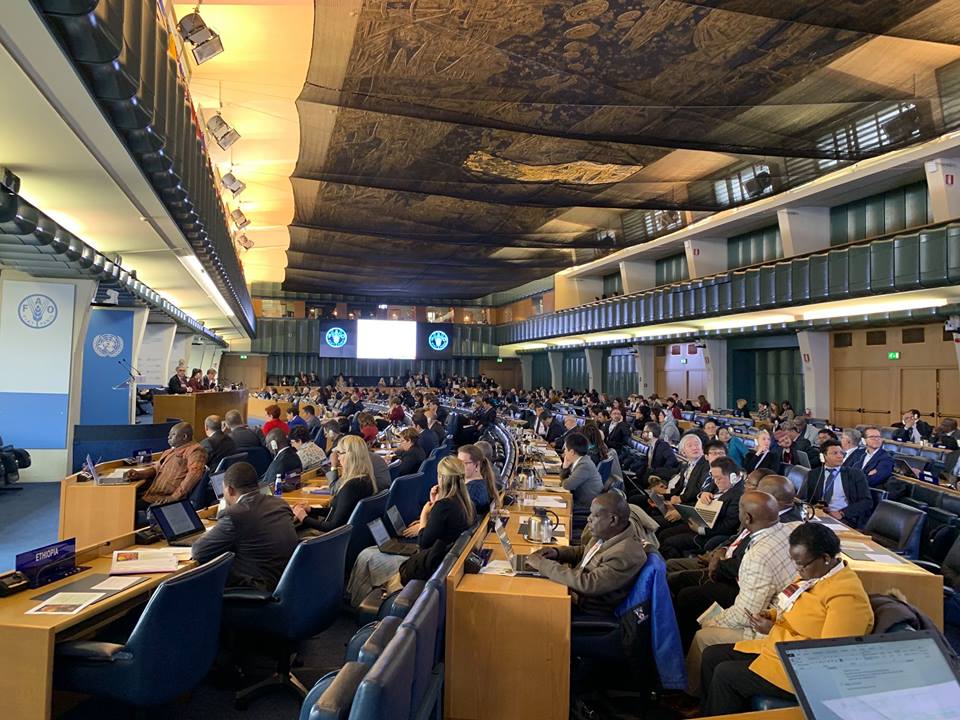 Back home in Australia, climate change is manifest and devastating. Over the past year we have suffered unprecedented drought across the eastern states, with serious loss of livestock and wildlife as pasture turned to dirt, and then the topsoils blew away. The drought was followed by extraordinary flooding, which led to the deaths of as many as 500,000 cattle, and subsequently resulted in flood waters rushing into the sea and smothering the Great Barrier Reef, which has already suffered repeated bleaching events and is rapidly losing biodiversity as sea temperatures rise.

While the north flooded, fires burned in parts of Australia’s southernmost island of Tasmania, only to be covered by snow as they declined – in the middle of summer. It is estimated that 2% of the world’s pencil pines perished in the fires – a non-recoverable loss – some of the trees lost in the fires were over 1000 years old.

To personalize the impacts of climate change on small-scale farmers in Australia, let me share that amongst the members of the committee of the Australian Food Sovereignty Alliance, in the past month alone, one of our farmers lost half his flock of heritage poultry in the northern floods, another has completely de-stocked and is carting water in for basic needs in southern Queensland, and the town of 600 people nearest my own farm was evacuated for two days under threat of a severe bushfire at its borders. Meanwhile dozens of our farmer members in Tasmania were repeatedly evacuated under threat of fire in regions that are not traditionally considered a fire risk.

I tell these stories because the sub-sectoral reports for these meetings and indeed the proposal for a scoping study on the role of GRFA in mitigation of and adaptation to climate change do not go far enough for the level of emergency we face. We must act now – every country has a responsibility to its people and the generations that will come after them to immediately transition away from logging and clear-felling of biodiverse forests for the purposes of planting monocultures – imagine standing passively while someone ripped the lungs out of your body – this is what we’re allowing with continued de-forestation across the globe.

While the Commission nor national governments can force the practitioners of industrial agriculture to sow more genetically diverse plants nor grow more diverse breeds of livestock, they can regulate the conditions under which these homogenous seeds and breeds are grown, and limit the use of harmful agri-chemicals such as the much-cited pesticides and antimicrobial pharmaceuticals for livestock. If countries ban these band-aids that are repeatedly applied to the cancer of industrial agriculture, the production models will have no choice but to shift to healthier, more resilient practices.

Every person in this room – like every child in a primary school science classroom – knows that biodiversity is critical for a resilient and sustainable food system, and that we need now more than ever resilience to deal with the impacts of climate change. It is up to the governments of the world to do what is necessary to build this resilience back into our food and agriculture systems, by supporting best those who have always and will continue to maintain and develop biodiversity – the indigenous peoples, peasants, and small-scale farmers and fishers of the world. 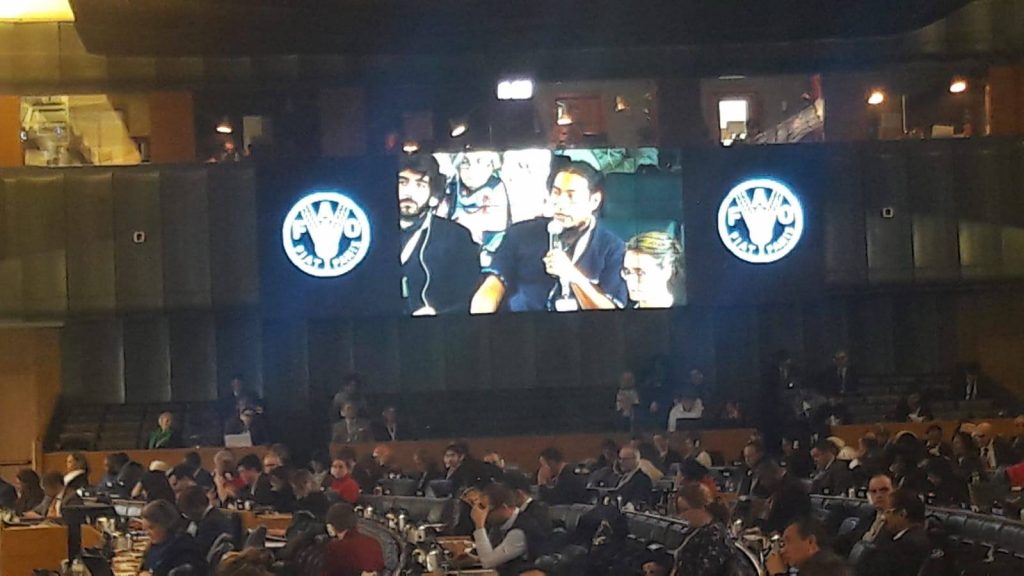