Have you heard about the NSW planning policy reforms relating to agriculture and primary industries?
The NSW Government has made a package of reforms, including a proposed new Primary Production and Rural Development state planning policy. They are attempting to address the issue of unclear thresholds for the land size and number of animals that’s legally required required by making definitions and thresholds clearer. However, this will mean that the vast majority of small-scale and free-range farms will be considered ‘intensive livestock agriculture’, similar to the proposed reforms in Victoria. The Government is proposing to enforce a 500m setback (like a buffer zone) between animals and neighbouring dwellings, which threatens to destroy the future of small-scale farming in the entire state.
As for vegetable and fruit farmers, the policy reforms will still classify many of your farms as “intensive plant agriculture”, and the Government is leaving it up to the Councils to make changes in their own planning requirements rather than seizing this opportunity to address concerns and reform the existing planning policies.

AFSA has begun a campaign which includes writing a Government submission, petitioning and letter-writing to responsible ministers – and we need your support to get the message across NSW. AFSA’s NSW Campaign, like its Victorian counterpart, will help secure the future of free-range, small-scale and regenerative farming in NSW and Australia-wide.

Currently, we are asking for support from other organisations to join us as a partner. Submissions to the Government are due on the 18 December 2017, and we can’t do it without the community behind us.

If you join us, you will have access to our Campaign Strategy materials which will provide you with tips on how to contribute to the Campaign.
As part of the Strategy we have included a paper petition to be submitted to Parliament. The petition needs to be returned to AFSA at the address on the petition by 17 December 2017. We have already designed a flyer to be shown or distributed with the petition, so you don’t need to create any materials. We have also drafted a template for letters to your local MP and relevant ministers.

Want to be involved and support food sovereignty for NSW? Email admin@afsa.org.au to find out more.
Feel free to print and distribute the below flyer or email us for a pdf copy. 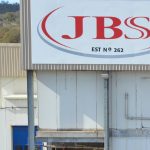