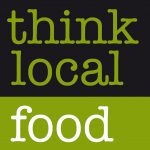 The Australian Food Sovereignty Alliance (AFSA) today urged all candidates and parties for the 2014 Victorian state election to commit to a Local Food Act and Local Food Fund for Victoria. It is encouraging voters to sign an online petition which calls for a range of measures to promote food sovereignty in Victoria.

“Farmers are leaving the land at the rate of seven a day. Farmers are facing increased competition from cheap imports and financial impacts from the power of the supermarket duopoly, which controls 75 per cent of the grocery market and largely controls what food is available to Australians.

“People living in Victoria want to support local producers and food businesses. Look at how we rallied to support SPC when it was about to go bankrupt. We want candidates in the State election to support local food production.

“In other countries governments act on community support for local farmers and food producers, passing laws and allocating resources to help farmers become more viable. These initiatives also include support for local jobs, education of kids about healthy eating habits, and support for community gardens and urban agriculture.

“In this year’s Victorian election, we are petitioning all candidates and parties to commit to a Local Food Act and Fund for Victoria.

“We are calling for protection of high-value agricultural land from housing development and coal-seam gas fracking and other forms of mining. We are also advocating for an enabling framework for urban agriculture in Victoria’s towns and cities, and the creation of a $10 million Local Food Fund to support community and local food projects around the State.

“We also call on candidates to support an inter-departmental Ministerial Food Forum to ensure strategic and coherent thinking about food and agriculture, and a full community inquiry into the State of Victoria’s local food economy and system, leading to comprehensive law reform proposals,” said Mr Croft.

AFSA members are lending their support to the campaign. Anneline Padayachee said: “Food is central to health, sustainability, employment, family development, skills, the environment, disease prevention/control, well-being (physical, emotional and mental) – it only makes sense to invest in our local food supply.”

According to Tammi Jonas: “Food is central to everything, and we must reclaim our rights to grow it, distribute it and eat it in ways that are fair to everyone – soil, water, air, plants, animals, people.” “Forty percent of our individual eco-footprint is made by our food choices. Let’s support residents of Victoria to make choices that are good for community and good for the environment,” exclaimed Fleur Anderson.