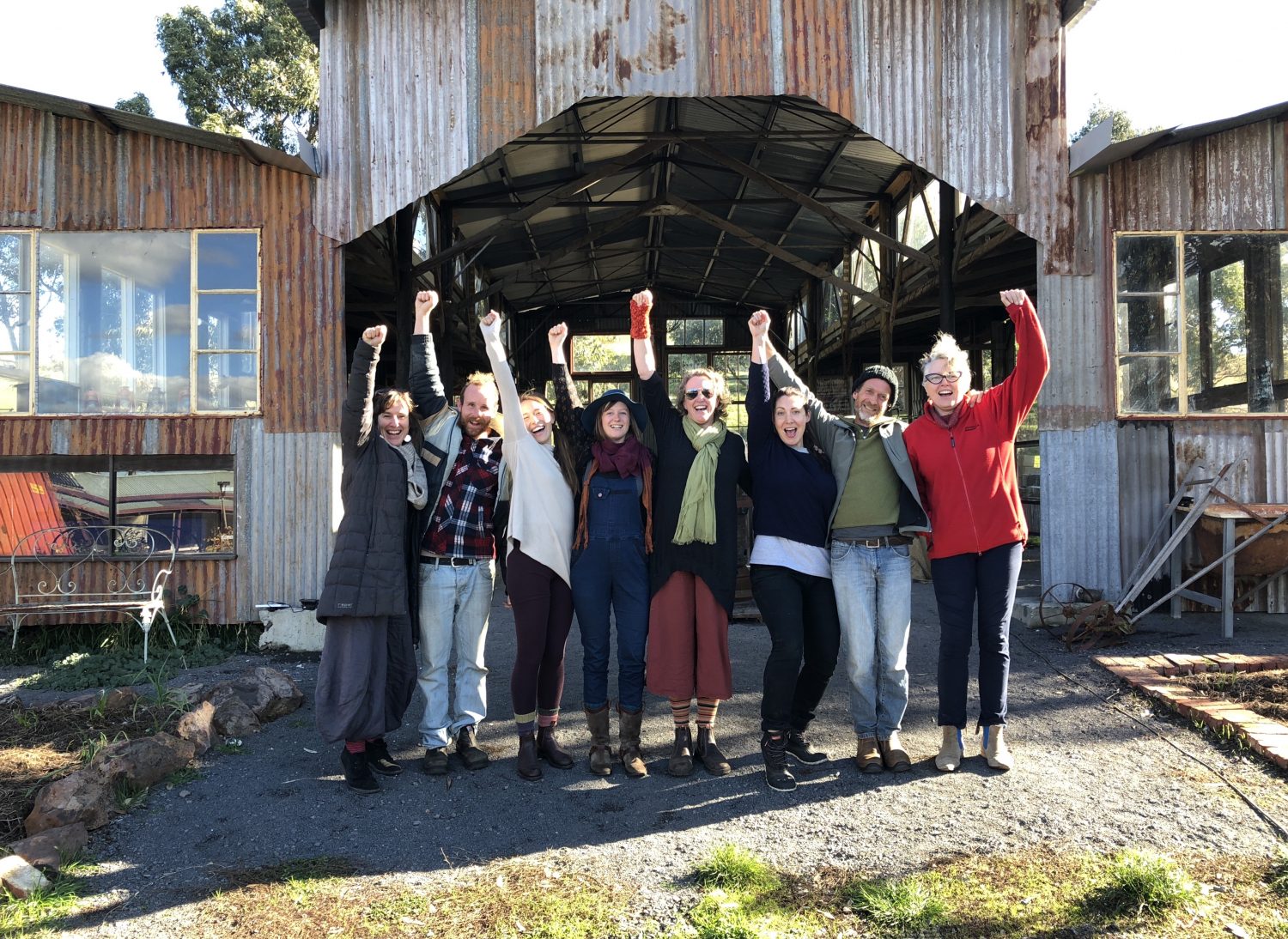 Over the past two days the National Committee of the Australian Food Sovereignty Alliance (AFSA) met for our annual mid-year retreat, an important gathering where we come together to review progress and renew commitments to our work as active optimists in the local and global food sovereignty movement. We are farmers and allies from across Australia, all committed to working collectively to democratically determine our own food and agriculture systems, and for everyone’s right to nourishing and culturally-appropriate food produced in ethical and ecologically-sound ways.

We reviewed our strategies to continue working with state governments to reform the planning schemes to better enable small-scale agroecological farming. We celebrated our victories in Victoria, where we are nearing agreement on much-improved land use guidelines that acknowledge the lower risk of small-scale pastured livestock farming compared with our industrial intensive counterparts. We also celebrated the Victorian Government’s recognition of AFSA as the voice for small-scale farmers, and their public commitment to working with us, as well as to the new Artisanal Agriculture and Produce program launched by Minister for Agriculture Jaala Pulford at Cloud 9 Winery recently, which will provide $2 million in funding to support small-scale farms.

We also look forward to working more closely with the NSW State Government as they work through their planning reforms, and by participating in the upcoming hearings for the Parliamentary Inquiry into Fresh Food Pricing.

Internationally, we have been very busy with our comrades in the International Planning Committee for Food Sovereignty (IPC) at the General Assembly in South Africa in March, renewing our solidarity and global strategies to radically transform the food system. We were delighted to have the Director General of the Food & Agriculture Organisation (FAO) of the United Nations (UN) request a copy of the 2015 book Fair Food, which has contributions from many of our current and former committee members, and his subsequent gracious expression of appreciation for our contributions at the Asia Pacific Regional Conference in Fiji in April. And we look forward to participating in the regional conference of La Via Campesina in Timor Leste at the end of July.

The Committee developed positions on the increasingly topical subjects of high tech food such as lab-grown meat and a sugar tax that we will test with all members at our annual Food Sovereignty Convergence in Canberra on 15/16 October 2018. We reject the productivist paradigm and specious ‘feed the world’ narratives from philanthrocapitalists such as Richard Branson and Bill Gates (and their partners – Cargill and Tyson – two of the biggest industrial meat producers in the world) that there is a need for technocratic solutions to technology-driven problems.

We renewed our strength to fight all undemocratic false solutions to the problems of industrial food systems, including the continued rise of genetic modification, and our commitment to promote seed sovereignty and water sovereignty for all.

The Committee discussed and lauded the efforts of small-scale livestock farmers across Australia who are taking control of the means of production and building micro-abattoirs to close the loop on the entirety of a highest welfare system of raising animals. From Queensland to Victoria, Tasmania to WA, farmers are building abattoirs on their farms and cooperatively in their regions to regain control of the value chain and ensure their animals are slaughtered in the most humane way possible.

Some of the AFSA National Committee members are today enroute to the annual gathering of small-scale agroecological farmers and allies – Deep Winter – where hundreds will come together to share knowledge farmer to farmer, and nourish each other as we feast on the collective bounty of delicious ethical and ecologically-sound produce.

We look forward to the second annual Slow Meat Australia Symposium to be held in Daylesford, Victoria again in September, where farmers, chefs, butchers and allies will discuss, debate, and devour the movement to help everyone eat better meat, less often.

The year will culminate with the fourth annual Food Sovereignty Convergence in Canberra on 15/16 October, where Australia’s leading activists will share their successes and failures, their worries and wishes, and again renew our commitment to working democratically towards a food sovereign future.

It is no longer enough to simply vote with your dollar, nor even to grow food ethically and ecologically. We must be more than connected to food production – there is so much at stake that we must collectivise, mobilise and act for the future we want to see and be. Join us!